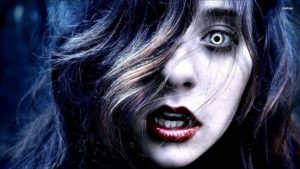 Urban Legend abounds with tales of murder, intrigue, mystery, or just plain oddities. What do we make of these strange tales? Are they ghost stories, true crimes, legends, or the result of overactive imaginations? All of these factors play a key role in pulling back the layers that make up the realm of urban legend and expose us to a deeper issue. The issue of the mysteries that surround the human mind.

To understand this phenomenon we must first look back to the role of folklore and legend and the role it plays in shaping our world view. Folklore refers to traditional customs or beliefs of a given group or community of people generally passed down through generations by word of mouth. This medium in and of itself is one of the principle bases of what makes folklore so enticing and special. Folklore allows for the individual interpretation of a story that gives the teller a certain power and artistic ability to interpret the tale as they best see fit. In this form around long nights by campfires and after a hardy day of travel through the wilderness we began to see and hear the result of dangers that were encountered along the way for early pioneers and explorers. These tales then become coupled and influenced by other regional sources such as Native American myths and legends all adding to the eventual outcomes of a truly captivating tale.

While these early tales in the frontier days of America were used for many different things such as entertainment, warnings for bad behavior for the youth of the day and precautionary tales for respecting the dangers that abound outside the safety of the camp, there were still other deeper and more meaningful connections that must be explored.

Many of these legendary tales harkened back to an earlier time when these brave and adventurous settlers left their homes is Europe, Asia, Africa, and the Mid-East. These tales were often the only remaining connection to a previous life and therefore acted as an important record of a time that was never to be seen again. These tales became an oral photo album in a sense.

As these pioneers began to settle down into various communities across the nation industry began to blossom leading to many new innovations and technologies. These new advances forever changed the face of the way things were done and had a noticeable impact on the art of storytelling. That is until the invention of radio.

Radio was a profound and highly influential invention that was considered the new American storyteller from the 1920’s into the 1950’s, a time that was considered the Golden Age of Radio. The radio hosts of the day would captivate listeners with stories of science fiction, crime, news and of course the occasional thriller. None was better known for this ability than Orson Welles who set alarms blazing all across America with his terrorizing tale “War of the Worlds”. “War of the Worlds” was an episode of the anthology series ‘The Mercury Theatre on the Air.’ It was performed on Sunday, October 30, 1938 as a Halloween special episode. This broadcast had a profound and shocking outcome to the American public as many people believed it to be an actual alien invasion which lead to many panicked reactions, injuries, and even rumored deaths. While this broadcast was a fictional tale it did show the power of the spoken word when blended with the technology of the day. 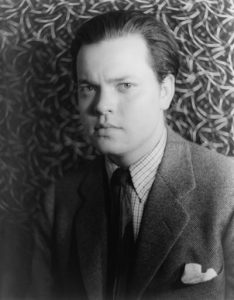 There are many mysteries that surround the human mind often with no logical explanation. We as humans have many basic needs and desires, one which is paramount is the desire for safety and security. We go to bed at night and lock our doors with a quiet confidence and assurance that the sun will rise on another day. We have a deep seeded comfort in knowing that such a simple ritual will allow us to sleep in peace and create a barrier between us and the often violent and unpredictable world that exists just on the other side of the wall.

Why then do some revel in fear and desire to feel and know it so intimately? Some would attribute the strange phenomenon to a primal sense of needing to stay on the alert from predators and to be able to react quickly in order to defend one’s family, self and territory. Others see this attraction to fear as nothing more than the playground for those brave souls who desire to feel the adrenaline rush that being scared can provide. While still there are the more scientifically minded individuals who realize that fear and being frightened from situations such as thrill rides, haunted house attractions and horror movies causes the release of dopamine which for some provides a free and powerful high. All of these factors help us see more clearly the realm from which urban legend spawns.

Let us now take a moment to revisit a few of the more well-known urban legends in order to gain perspective on their style and intent. One that may spring to mind is the classic childhood tale of Bloody Mary. This urban legend speaks of the appearance of Bloody Mary in a mirror after reciting her name three times. The intent of summoning this entity was to give visions or prognostications of the future. Over the years this intent turned more into a dare associated with slumber parties and college pranks. Yet it remains well engrained in popular culture and is still well known throughout the world.

Another well-known and often recited urban legend is that of The Hook. This is a classic lover’s lane style tale that has regularly been associated with preventing sexual encounters between young lovers on the part of concerned parents. It tells of an escaped lunatic who has a hook for a hand that attacks young couples in their car while they are in the throes of passion. Other versions state that the hook is found attached to the door handle when the lovers return home. As with most tales there are many versions. This particular tale spawned a movie in the 1990’s by the name of “Urban Legend” that received less than favorable reviews.

Urban legend in its many forms is essentially a new version of the classic folklore that has traditions of both early story telling as well as modern adaptations. While not all urban legends are thrillers or based in horror there does tend to often be a lesson attached to many of these tales. While still other urban legends are nothing more than entertainment meant to provide a thrill around a campfire or fill an otherwise mundane sleepover. Regardless of the intent or degree to which the stories are relayed it is certain that the urban legend has found a deep rooted following in modern society and will continue to flourish in years to come.