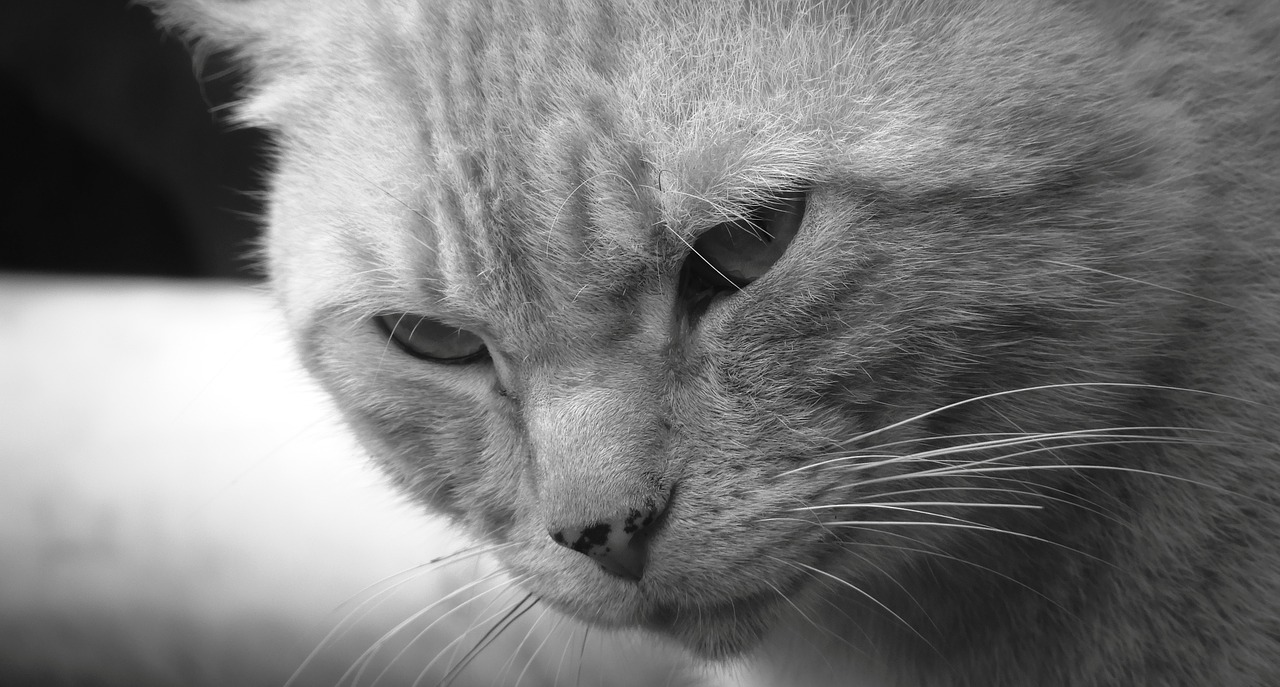 I have grown up around cats. (I have met a few dogs here and there as well.) Maybe this is why I am so happy to finally have one of my own. Her name is Logan. But even before I welcomed her into my home, it appeared at times that another cat would come to visit me every once in a while. There were times when I felt movement of air down by my ankles, as if a cat had walked by. I didn’t know what was going on at the time, really, although it did remind me of how cats move. Later, when I finally had a living cat of my own, I had the same experience. Sometimes I looked down and saw the black and brown top of my cat passing by, noting the white fur that covered parts of her legs, her stomach, and her chin. Other times, though…she was nowhere to be found.

Still, I know that air movement can be altered by various environmental factors, and I tried to keep that in mind whenever it happened. I believe in ghosts and spirits, but I also believe it is important to keep logical explanations in mind whenever possible as well. Still, on some of these strange occasions, I thought I felt fur rubbing against my ankle and leg as well.

It wasn’t until the last couple of years when I had two encounters with this spirit that I knew for sure I had not been imagining or mistaking things.

One day, I came home from doing errands, and I saw Logan sitting at the window next to my door. It stretches the full height of the floor to the ceiling, so she likes to look out through it whenever it is sunny out, or sometimes when I go away. (When she’s not sleeping.) I looked away from the window as I saw Logan walk to the side, so that she would have been in front of the door I was about to open. I finally got the door unlocked, and swung it inward. I kept my eyes on the floor, watching for her to come back around again, as she usually does.

She was not there. She wasn’t in the entryway at all. And I can always hear her when she runs, so I know she hadn’t gotten away while I was opening the door. (I am legally blind, so my ears are really sensitive.) I closed the door quickly, headed in, and saw her. She was asleep on my rocking chair at the back end of the apartment. Then, I realized something; I hadn’t seen any of her colors. I had thought it was due to the position of the sun and the blinds that I keep closed against it, which stretch down to the right height for Logan to easily stand and
look outside. I had just seen a single color; white.

On another day not to long after this encounter, I had fallen asleep in my computer chair. It isn’t an office chair, but a sturdy wooden chair with a thick cushion to sit on and to lean against. I had some dreams, but nothing I can remember now. Then, the dreams began to fade, leaving strange blurs of colors in their place. A white cat appeared in the middle of these colors. It was an all-white cat with bright blue eyes, and it was definitely not Logan. It had long fur that made it look even bigger than Logan. I was surprised…but not frightened. As
before, I felt perfectly comfortable with the presence of this cat. I stared into its eyes, and I knew somehow that this cat was OLD. The colors began to fade, and then the cat did as well. I woke up to a pressure on my stomach, but it felt familiar. I opened my eyes, and Logan was sitting on my stomach, looking at me quizzically. This was also strange. She used to climb onto me and walk around on me when she was a kitten, but that was three years prior to this. She will allow me to pick her up sometimes, but she never jumps onto me. As soon as my eyes opened, she let me pet her for a minute or so, and then jumped off. (And of course, she used me as a launch pad, pushing straight down into me as she took off.) This was the last time I saw or sensed this ghost cat.

According to stories I’ve heard and a few things I have read, ghost cats are not uncommon. Many people have claimed that their pet cats (and dogs) have visited them after they had passed. Sometimes these visits are rare, and others they are constant. It makes me wonder what Logan will do someday, years from now, hopefully, after she passes. And a bit fearful as well…because she can be a real troublemaker when she wants to be.

I sometimes wonder if cats might have other abilities. Earlier this month (March of 2018), I had a strange thing happen with Logan. I had been walking over to my computer chair when I saw her heading for the front of the apartment. It took me less than ten seconds to arrive and sit in my chair. As I sat down, I heard her moving between the vertical blinds that cover the patio door wall windows. This is a small apartment, but it is also covered with a very thin carpet resting on solid concrete. This makes it very easy to hear Logan when she runs
across the room. I heard nothing at this time. I glanced at the window, and she must have sensed me looking at her, because she looked back at me for a moment before glancing back outside again.

Unfortunately, not all spirits are kind. I know this, because I have been visited by a few entities that I have had to forcefully kick out of my body and mind over the years. The first time was over a decade ago, not long after I moved into my apartment. I was asleep one night when I half-woke up due to pressure on my left leg. I sensed two or three cat-like creatures, complete with various colors and patterns typical of some cats, sitting on my left leg. I felt that they were looking for attention, and for someone to latch onto. Literally. I felt claws, and then pain, in my leg. I shouted out in pain, anger, and fear. They growled, dug in deeper for a split-second, and then were gone. The strange thing is, to this day I have a sore spot on my left leg. Right in that same area. It doesn’t actively hurt, but it will hurt more than the rest of my leg will if I bump it into anything.

I had two other entities come to me in my sleep, asking (without words, somehow) for me to let them in. I refused, and they left.

Then, about four years ago now, I got Logan.

I have recently read that cats are known to keep evil spirits at bay, and I believe it. Since she came into my life, I have only had one other close encounter with a negative entity.

I was asleep on my bed one night, which at the time was in my living room. I had a dream where I was awake, and looking for something in one of my kitchen cabinets. I kept hearing bumps from the bed.

“Quit it, Logan,” I said, as I continued to look into my cabinet. The bumps continued. “Logan…” I looked up and over to the bed. There were two identical versions of Logan sitting on the bed, glaring at each other. And I could tell that the one that was not my cat was aware I had spotted it. The dream ended, and I woke up. My kitten was sitting on the bed, looking at me, as if asking if I was okay.

There is something that likes to hang out in my bedroom closet, though. I eventually started sleeping out here in the living room because of that, and of an overall feeling of unease that I felt every night I slept in that room. But that is a subject for another time.

If you would like to read more of my encounters with the ghosts and/or spirits, I do have a book available on Amazon featuring true ghost stories from myself and several other writers. You can find it HERE.

And if you have any stories you would like to share and get input on, you are more than welcome to visit my Facebook page and group.

James Salsido is a science fiction and supernatural fiction and non-fiction writer. He lives in Romeo, Michigan, with his cat, Logan. He enjoys reading audio and Braille books on a variety of subjects associated with the paranormal, and listening to paranormal-themed podcasts, as well as cooking (a few dishes) and spending time with family and friends.