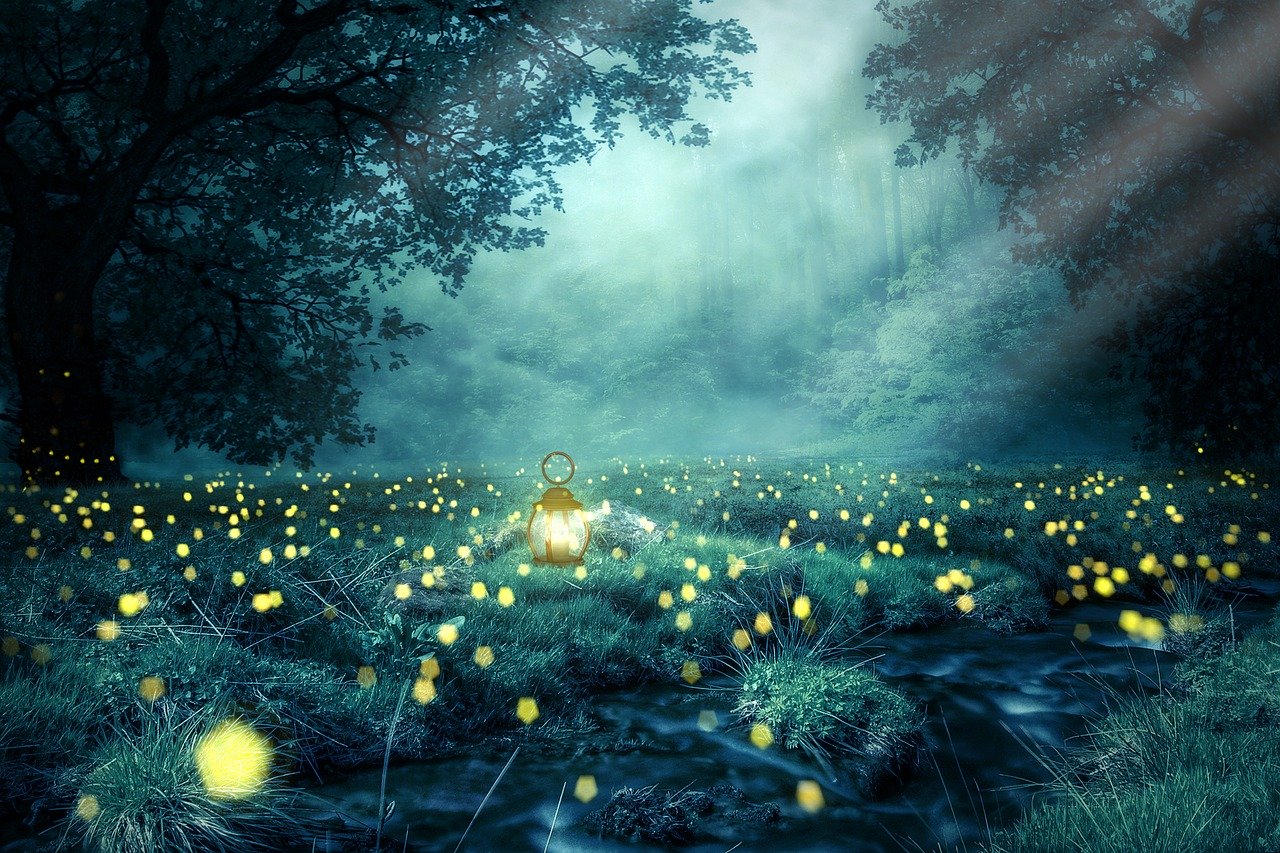 By Shannon LeGroApril 21, 2020Uncategorized
No Comments

During this time of quarantine and adjusting to the new normal of self-isolation, I find myself diving into folklore for comfort. Most recently, I have been seeking stories of spook lights or ghost lights, a subject that has far more depth than it may seem initially. It is my hope that it serves for a fun Weird Writer read for you!

[Important note before proceeding: Perhaps the most well-known example of this phenomenon, at least in Appalachia, is the Brown Mountain Lights in North Carolina. The Brown Mountain Lights, as well as spook lights in general, are covered in depth in episode 6 of Small Town Monsters’ On the Trail of…UFOs. For those of you who have yet to give it a watch, let this serve as another reason to add it to your ‘must watch’ list!]

There are many examples of mysterious lights in lore, taking a variety of names (my personal favorite being jack o’lanterns). Sometimes these lights appear along mountainsides, other times floating through trees, traversing swamps and fields, approaching boats at sea, all the while dancing and twisting through the air. These lights can move with intelligence, seemingly
interacting with spectators, which makes them all the more intriguing.

Will-o’-the-wisps, for example, have long been elements of folktales that serve as warnings for travelers: Do not stray from your intended path in an effort to follow dancing orbs of light, no matter how enchanting they may be! In essence, stay focused on your intended goal, even if that goal is as simple as walking home through a darkened field in the middle of the night.

These lights come in all colors, sizes, and shapes. Although we may typically think of orbs or balls of light dancing about, that isn’t always the way this phenomenon presents itself. A German folktale tells of a will-o’-the-wisp that appeared to have long legs and a head of glowing fire. Its visage becomes more distinct the closer one approaches, luring the traveler far from his original path, only to disappear before it can be caught.

Lantern Jack, a story from Wales, tells of a mischievous spirit that preys upon lonesome travelers, particularly young men on their way to their lover. His presence is recognizable by his sudden laughter and the light of his lantern: a clear blue flame. First the flame appears in front of the wanderer, growing in size and brightness until blindness sets in. Men would become aware of their location only after Lantern Jack had led them several miles from their destination.

There are just as many ideas of what these lights actually are as the number of stories themselves: from spirits to fairies to unbaptized children. A story from the Netherlands recounts a man spending an entire night in a field full of will-o’-the-wisps, baptizing as many as he could. With each baptism, more would appear. Another tale explains that these unbaptized souls will
approach travelers during the night, leading them to water in hopes that the mortal will help release them from their earthly torment.

Spook lights are also not always an independent phenomenon. A story from Elkins, West Virginia during the 1930s relates simultaneous occurrences of spook lights, ghosts, and animals behaving out of character around a lodge owned by a married couple. Having returned to the lodge in the fall, they found it in a bit of disrepair even though their hired hand had been given tasks to be completed during the summer months. Their worker was missing, having left no indication of where he had gone. It wasn’t long before they began hearing the familiar footsteps of the groundskeeper throughout the home; although, they could never find the source of the sound. One evening, for close to half an hour, the couple were entranced by spook lights floating up from the valley, continually approaching the lodge. Ultimately, the lights went over the top of the building, disappearing near the edge of the woods behind the lodge. In another oddity, the resident squirrels (ferrididdles in the tale) were highly active at night, even going so far as to find their way into the lodge and climb across the couple as they slept. By the end of the tale, the wife discovered the body of the missing worker. While heading to the edge of the woods behind the lodge, near where the ghost lights had retreated just a few days before, she fell into a shallow leaf-filled pit that had been concealing his bludgeoned, decomposing body. The couple sold the lodge shortly thereafter and was later destroyed by a fire. The murder has never been solved.

Ghost lights have also served as omens of death. Rather than simply leading someone from their path, these lights are particular about to whom they reveal themselves. Only someone who is about to die or has a relative on the verge of death will witness this light. It is known as the Candle of the Dead. It first appears in the distance as a clear white flame, decreasing in size as it approaches its viewer. It will come extremely close, as the observer is eventually able to tell whether a man or woman is holding the flame. This serves as a message, giving insight as to whom will soon be deceased. The Candle of the Dead has been reported to behave similarly to Lantern Jack in that those who choose to follow it will be lost until the next morning. The beholder emerges from this encounter, however, well aware that they or someone close to them will soon leave this world. Other reports have said that the Candle manifests in the home where the death will take place, moving along the funeral procession route, and disappearing in the graveyard where the body will be buried. Others, still, have seen the Candle emerge in cemeteries or graveyards and float to the dwelling of the person who is doomed to die.

Accounts of inexplicable lights are present in folktales across multiple cultures throughout history. Their message, if there is one to be had, is up to the interpretation of the viewer, of course. Have you ever witnessed these mysterious lights? Did you feel like there was intelligence behind it? How did you interpret your encounter?

Until next time!
Heather

Jenkins, D. E., et al. Bedd Gelert: Its Facts, Fairies, & Folk-Lore. (Based upon the Articles by Mr. William Jones in Y Brython.) … With Translations of Poetry by the Rev. H.E. Lewis and an Introduction by Principal J. Rhys. Llewelyn Jenkins, 1899. p. 8

Image by Yuri_B from Pixabay