Thank you to Steven Laramee for sharing his story.

I was visiting our family house in St. Etienne de Bolton, Quebec, Canada. It has been pretty much abandoned since the 70’s except for occasional family visits for weekends etc. The home has been in my family since the late 1800’s but moved to it’s current location in 1912. There is a lot of room between homes and they are scattered. Very tiny town and very small population. This house is at the end of a tiny road and behind it is just a creek and lots of land with tall trees and beyond that some flat abandoned farmlands. About 15-20 yards from house downhill behind bushes, tall grass, and trees is a creek. When we were visiting this time I was some where around 12 which would make it around 1996. I’m assuming it was July or August because that’s when we always visit my family back east. I’m from Massachusetts and Rhode Island and most of my family is still there. Every few years while visiting family we will head up to the Canada house to check on it’s condition. My Aunt has a 2nd home in New Hampshire so we stop there on the way. The town in Canada is basically not too far from the U.S. border in Vermont.
I walked down to the creek behind the house with my cousin while my parents and other family were back at the house. We got about 25 feet from the creek and saw what at the time looked like a giant dog or polar bear sitting there. I quickly realized it was not a dog and obviously not a damn polar bear. It was kind of sitting with it’s butt on it’s own heels and one arm seemed to be in the water or on the ground. It was very grey in color. So grey it was almost white. The shoulders or what I believe to be shoulders were bony and decrepid looking. We probably stood there for 5-10 seconds before it began to move. When it moved it was extremely slow. At the time, I had no idea what it could possibly be but I knew whatever it was, it was extremely old. It looked as though it was about to turn towards us and that’s when my cousin and I both ran back up to the house as fast as possible. I am including a sketch I did and the Google Earth image of the exact location. I marked the location in blue. The first picture is close up and the second is zoomed out to show the area. Nothing much around. 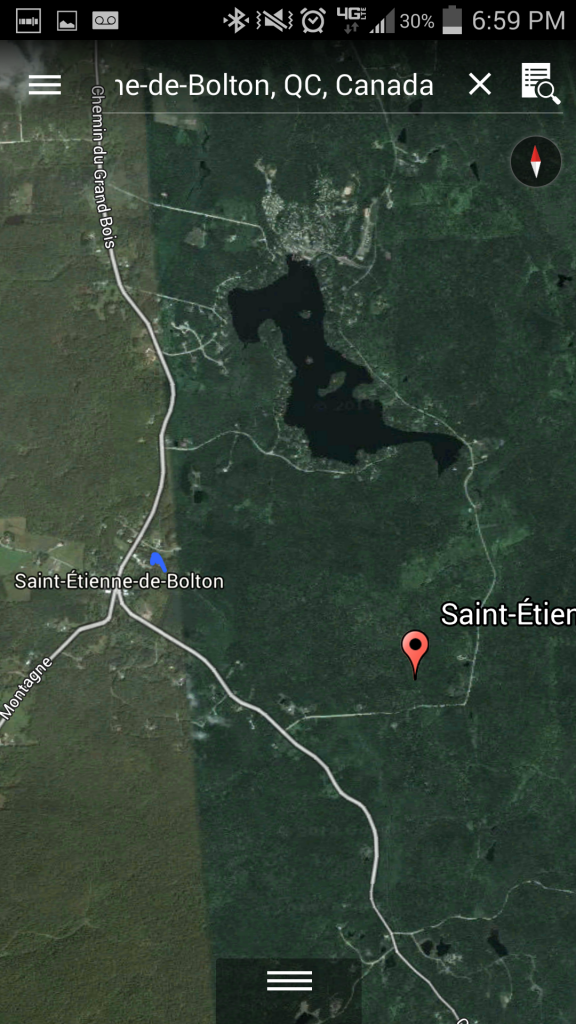 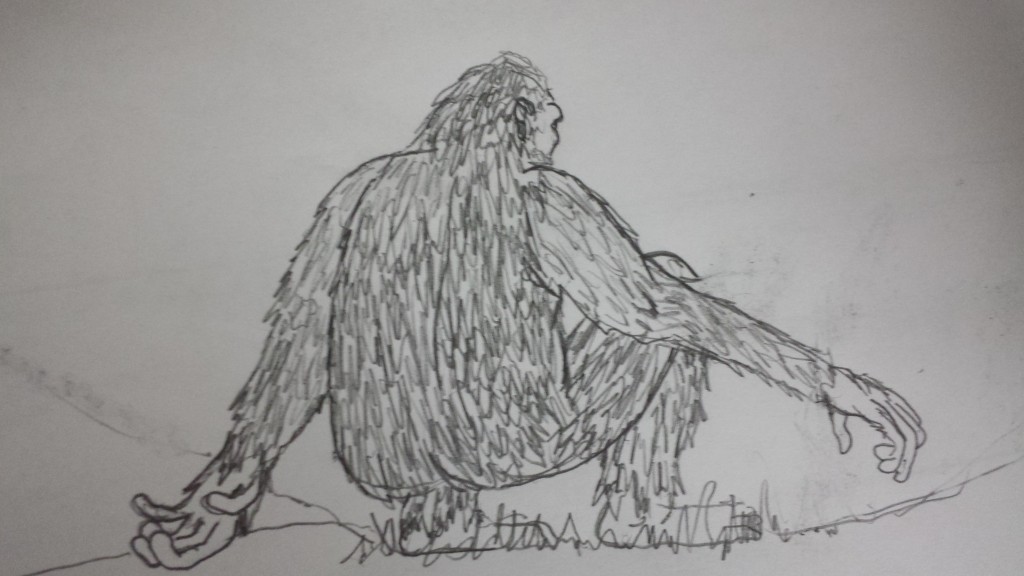 Thanks for your time,