The Kickstarter for the film, Boggy Creek Monster has begun and the production team is in need of our help!

They’ve had a great start, but more funds are needed in order to get this fantastic and creepy story told.

Boggy Creek Monster is the tale behind the creature that has been seen in and around Fouke, Arkansas since the 1950s.  Remember the famous film, ‘The Legend of Boggy Creek’?  Think of an updated version; with beautiful shots of the Fouke area, tours of where the creature was sighted and interviews with the locals. Lyle Blackburn, who has investigated the Fouke area more than any other researcher, will be part of this film and it’s production.

“Small Town Monsters sets out to tell stories about local monsters from the perspective of those who lived the stories. Unlike typical cryptid entertainment, we ignore the insane dramatizations and crappy suits so prevalent on tv and, instead, let the story play out.” 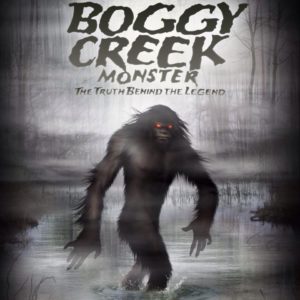 Their first film, Minerva Monster was funded through Kickstarter.

A Hard Week for Skeptics

A Hard Week for Skeptics