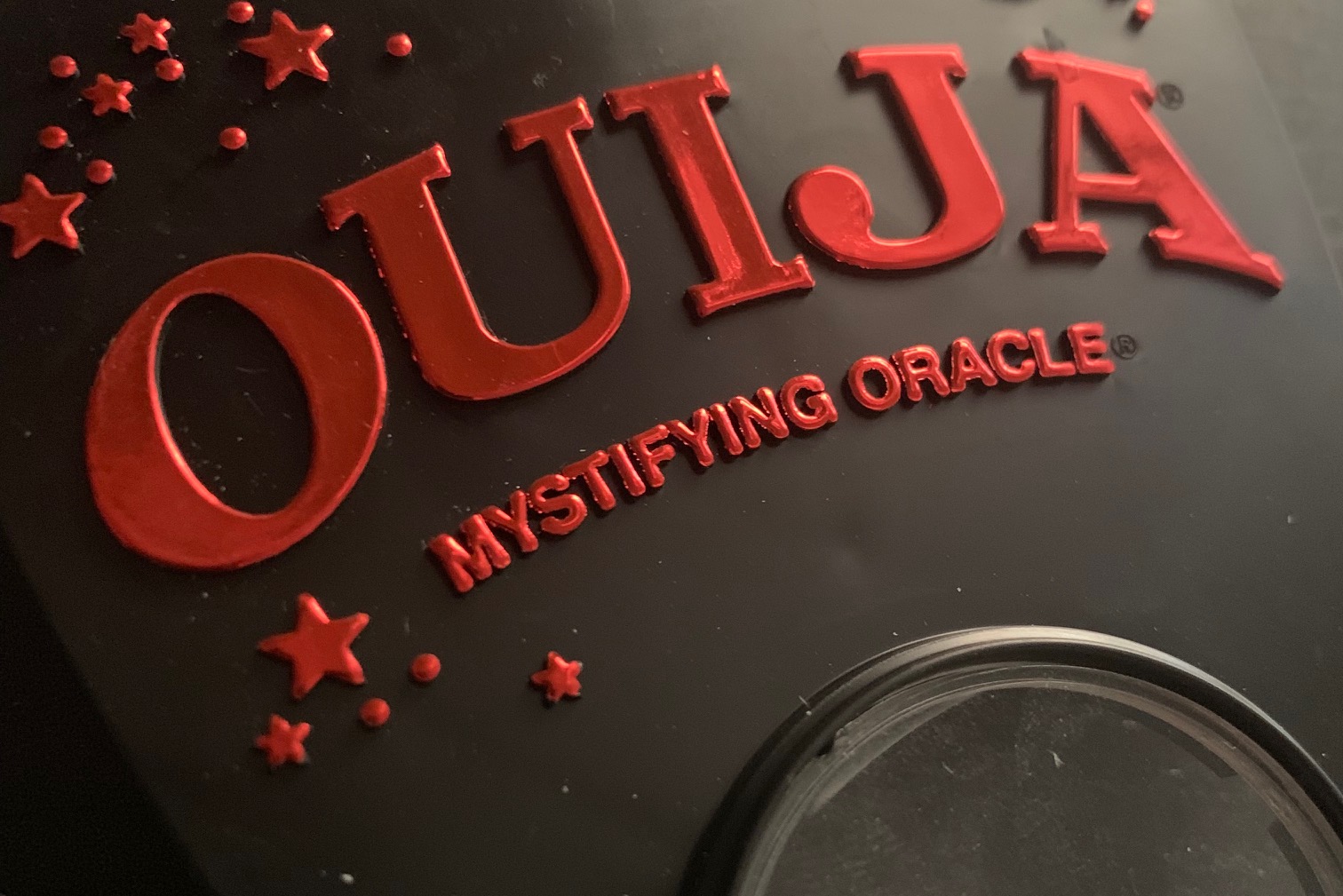 By Shannon LeGroSeptember 8, 2019Blog, Heather Moser, Into the Fray, Ouija, Ouija Board, Ouija Board, Paranormal, Weird Writer
No Comments

When I was a young girl, my mother told me stories of what life was like for her growing up on a farm. Her life as a farm girl began when she was 9 years old and her family bought a century-old farmhouse. As the oldest child, many responsibilities fell to her during this time, and she was expected to care for her younger siblings, including her clumsy little sister, four years her junior.

Many of mom’s stories exemplify her second youngest sister’s lack of coordination: inability to maneuver a tractor, falling into dressers, and even wrecking her bike on the gravel road in a fashion that left pieces of rock embedded in her back. As the oldest, my mother was blamed for these kinds of accidents because ‘she was the oldest and should have been watching her siblings better.’ In spite of their clumsiness, my mom was an excellent caretaker. There were times she looked after her baby brother, her little buddy and sidekick as she has always referred to him, when he was sick. She came home from nurse’s training to tend to him throughout the night so her parents could rest. When she wasn’t wrangling her younger siblings, my mother loved roaming the 100 acres surrounding the farmhouse. Her adventures lead her to discover a long-neglected cemetery in the woods, which is a tale for another time.

There is one story that has always intrigued me. When I was in 2nd or 3rd grade, I began asking questions about ghosts and spirits. I cannot recall the entire conversation, but I remember my mom related me that her childhood home had a reputation for being haunted. Naturally intrigued by this, I asked her to elaborate.

This is the story that I was told:

My grandmother bought a Ouija board for the girls to play with when they were young. They had it for a while, pulling it out every so often to see what messages the planchette would spell out as it glided across the board. During one of these sessions, the board said that a friendly spirit was communicating with them. The spirit identified herself as Elizabeth, explained that they should not be afraid of her as she was happy to be in the house with the family, and that she lived primarily in my mother’s room.

Years later, after my mother moved away and had a family of her own, my grandparents made the decision to downsize from the farm and move to a smaller house on a more manageable piece of land. My mom volunteered to help them get everything ready for the move and, while helping them sort through old documents left by the previous owner, came across a paper with the name “Elizabeth Leyda.” While initially shocked by the eerie coincidence of the message from the Ouija board and the name on that document, she was not overly surprised when the next several owners of the home reported a multitude of issues.

After my grandparents sold the farm, the property passed through many different owners, none of whom owned it longer than a few years. At one point, the farm was a rental property. Renters did not stay in the home very long, reporting cold spots, lights turning on and off, bulbs often burning out, and seeing apparitions on the staircase. Eventually a couple purchased the farm and lived there for many years, raising their children to adulthood without moving or selling the farm. My mother never heard of any issues after the current owners bought the house. Due to the uneventful experience of the new owners, she suspected that perhaps Elizabeth just felt better when children were in the home.

My mother’s story of Elizabeth and the Ouija board stuck with me for years; out of curiosity I decided to jump down this rabbit hole to discover if there was any kind of documentation behind these stories. I didn’t doubt my mother’s story, but I thought that it would be amazing to have physical documents that mentioned an Elizabeth in that house.

Without going into the minutiae of my research, I can confidently state that I learned the entire history of that farm, starting with the Leyda family’s purchase of the land to the current owners. John Leyda and his wife bought the farm before the current county was even formed, and they raised their children there. One of their seven children was a daughter, Elizabeth Leyda. She was born and raised at the farm, moving out to marry and begin her own family. Her husband died at 32, leaving her a widow at a young age. By this point her brother, George, inherited the farm. Elizabeth lived with her brother’s family for decades. She is last documented living with them at her childhood home in the census of 1880. After spending time at the county genealogy library, I came across a family history. She lived in that farmhouse until her final year or so, at which point she moved in with her son’s family, dying at his residence.

Although a part of me was hoping to find that Elizabeth passed in her childhood home, I now know that she did not. Regardless, this journey down the rabbit hole was not fruitless. I discovered many things about the general area, the history of the Leyda farm, and Elizabeth herself. A Leyda family cemetery existed in the 1800s, but it has since been turned into farmland. There is no trace of it today. When the farmhouse left the Leyda family, it passed through many owners, sometimes being sold within a couple months of purchase. Since it was built in the early 1800s, it has only been owned for a significant amount of time by the Leyda family, my grandparents, and the current occupants. One of the most striking things that I discovered is that Elizabeth spent more of her life in that farmhouse than anyone else who has lived there (current owners included).

Perhaps the spirit of Elizabeth Leyda still lives in that old farmhouse, and perhaps she is most at peace when there are children to keep her company. Or perhaps 50 years ago when the planchette scrawled across the board to spell out Elizabeth, it was simply the result of sisters playing on a Ouija board without any further meaning. Either way, this family will never forget the story of Elizabeth Leyda.