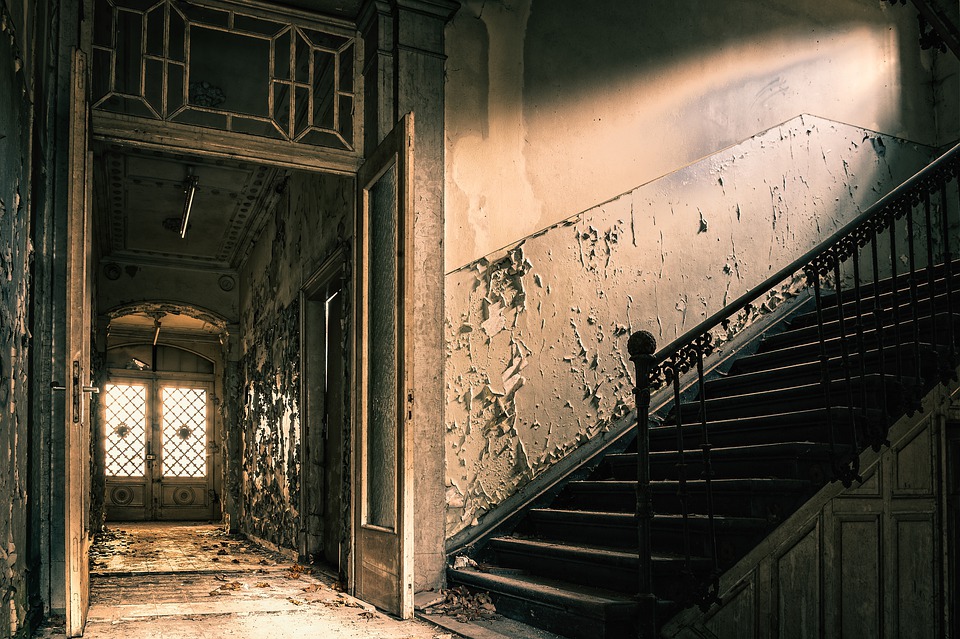 Welcome to the second half of this series on death omens! For this post, instead of newspaper articles, I will focus on a story that was recorded by Elliott O’Donnell in his book Animal Ghosts or Animal Hauntings and the Hereafter. While sifting through several books which list a variety of ominous creatures such as black dogs, pale horses, and everyone’s favorite, Mothman, I stumbled across O’Donnell’s collection. Within its pages is an intriguing story of a spectral cat, which will be denoted within this post as the Oxenby cat.

Despite the somewhat questionable nature of how Elliott O’Donnell presented his stories, he recorded one tale that will be denoted within this post as the Oxenby cat. O’Donnell relates to his readers a story which he heard as a young schoolboy. His classics teacher, Mrs. Hartnoll, would occasionally pause to reminisce on her youth in between Greek and Latin lessons with her students. One of her retellings that stuck with O’Donnell (and one that he claims to have veracity based on interviews he conducted years later) was that of the Oxenby cat.

Mrs. Hartnoll lived in a massive manor home at Oxenby up until the age of 19. The home was so sprawling that the family only occupied one wing. The other wing of the home was closed and remained unused. This may have served a practical function, but it certainly added to the mystique of the house, especially as the servants refused to enter that area. However, as a curious young girl, Hartnoll crept into the abandoned area multiple times. The first two times she ventured there, she was met with specters, noises, shadow figures, and chills. During one encounter, she was so terrified that she fainted.

Even though her first two visits were relatively unpleasant, Hartnoll returned a third time due to an inquisitiveness that she could not shake. This time she was met with a manifestation much different than the ones she had seen prior. It was so disturbing that she refused to return to that part of the house for two years:

“Just as I was passing one of the doors, it opened. I stopped—terrified. What could it be? Bit by bit, inch by inch, I watched the gap slowly widen. At last, just as I felt I must either go mad or die, something appeared—and, to my utter astonishment, it was a big, black cat! Limping painfully, it came towards me with a curious, gliding motion, and I perceived with a thrill of horror that it had been very cruelly maltreated. One of its eyes looked as if it had been gouged out—its ears were lacerated, whilst the paw of one of its hind- legs had either been torn or hacked off. As I drew back from it, it made a feeble and pathetic effort to reach me and rub itself against my legs, as is the way with cats, but in so doing it fell down, and uttering a half purr, half gurgle, vanished—seeming to sink through the hard oak boards.”

That evening, Hartnoll’s brother was injured in a fatal accident. A couple of years later when she mustered the courage to return to that area of the house, the cat appeared in its all-too-familiar grotesque fashion. Just as the brother met his demise shortly after the cat manifested, the matriarch of the family met the same fate.

Four years passed before Hartnoll returned to that dreadful wing of the house, and only at the will of her father who sent her on a specific errand. Unfortunately, before she completed her mission, the same black feline appeared. Once again, the appearance of the deformed specter was a precursor to death. Her father died suddenly within a few hours, leaving Hartnoll and her remaining siblings orphans. They were forced to sell the manor to new owners. The children never returned to the manor.

Mrs. Hartnoll’s story stayed with O’Donnell well into his adulthood, so he made a trip to Oxenby in hopes of finding more stories regarding the haunted manor. Unsurprisingly, the history he discovered was disturbing and bloody. In the years after Hartnoll and her siblings left the home, bodies had been uncovered in the cellar of the haunted wing of the manor. This discovery helped substantiate claims of multiple murders within the walls of the home. At one point, a young boy who lived in the house was subjected to horrid abuse prior to being murdered. One of the tactics of his abuser was to mutilate and eventually kill the boy’s dear pet, a black cat, in front of the child.

I have heard tales of ghost cats over the years, but I had not, until this point, known of one considered a harbinger of death. Now, for those of you who read the first part of this blog entry, you may recall that I mentioned this dive into research began with a newspaper article and ended with the 1986 film Crossroads. Researching death omens not only brings up several folkloric elements and superstitions that have been passed down through generations, but also it discusses entities and deities tied to physical locations. Until I started researching for these posts, I had somehow missed the film Crossroads (I feel let down that no one had told me about this!). It is no wonder that it came across my searches though, as the folklore tied to the crossroads goes hand-in-and with death. The roots of which will undoubtedly be covered in a future Weird Writer post.