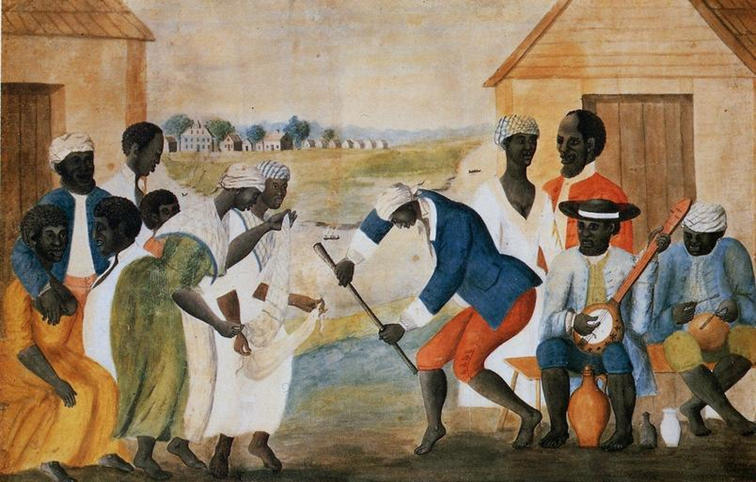 The year is 1705, standing on the shore of a coastal South Carolina inlet a young man holds a cain fishing pole in one hand anxiously awaiting a nibble while he stares longingly out to sea. The morning fog is just beginning to burn off as the mid-day sun rises high into the balmy spring sky. The waves from the sea lap gently against the shore as the young man hears a distant bell sharply ringing through the mist. Louder and louder the bell begins to ring as the waves start to dance in their steady cadence. Suddenly as if by magic a ship appears slowly from the fog with sails raised moving like a ghost through the humid sticky air. Orders can be heard as they are shouted in a rhythm much like that of a tavern song. Crewmen and sailors scurry about the deck as the sails begin to be raised as the ship makes its way toward the port of Charleston. This is no merchant ship, no pirate sloop or coastal runner. No, this ship has made a long and dangerous voyage with a cargo that is both alive and dead. This is a slaver.

While this is a sad and disturbing fact of American history it is none the less true. From the beginning of the creation of the United States slave labor was a staple of the agricultural economy of the new nation. Many thousands of African slaves were brought to the United States from West Africa and with them came age old traditions and cultures that remain to this day.

500 miles, this is the accepted extent of the current Geechee and Gullah cultures of the Southeastern United States. If you have never heard of these cultures it is most likely due to the fact that they are a regional association spanning from approximately North of Jacksonville, Florida to mid-way up the coast of North Carolina with a central emphasis between Charleston, South Carolina and Savannah, Georgia.

The majority of the current Gullah and Geechee people can trace their heritage directly back to slave members and families from West Africa. Gullah refers to mostly South Carolina inhabitants where Geechee is used to describe the islanders of Georgia. Regardless of which term is used to describe them they share the same cultural heritage, beliefs, and general way of life.

Within these cultures there are many things that are still practiced and taught to the new generations. Traditional crafts such as basket weaving from local sweetgrass are a means of income for these artisans. Other traditional crafts include the making of oils, medicines, and pickled and preserved goods. One very special cultural treasure is the oral tradition of folklore and storytelling. Many of the tales originate from Africa but have taken on a life of their own over the generations spent in the swamps, islands and coastal communities of the Southeast. Each tale is unique in its presentation and many have lessons to be learned. Others are simply for entertainment sake, still others carry a more haunting and serious tone. One such tale has been passed down over the centuries and continued to grow and develop in its own haunting way. This twisted tale refers to none other than the Boo Hag.

The summer days are long and unbearably hot in the slave shacks just on the edge of the plantation. A long night full of sweat and the endless droning of mosquitos is just now at its beginning. A young man they call Jonas is nearly 20 years old and lives in the cabin near the edge of the woods. Just outside his shack he hears the lively sounds of the evening setting in. Crickets and frogs grown and chirp from the weeds and ponds, an owl in the distance sends his call through the moss covered oaks. Jonas knows it is time to sleep and prepare for another day of grueling work. As his thoughts begin to fade and his eyes become heavy he feels a remarkably cold and uninviting breeze blow across his body. This certainly seems out of place on such a hot and balmy night. Jonas decides to get up and walk outside to clear his mind, but as he attempts to stand, nothing, no reaction from his body can be had. As panic begins to set in his eyes focus on a long and twisted shadow that seems to be floating just above his bed within inches of his face.

What is this? The young man ponders as his eyes attempt to focus. Darkness, a swirling form that seems to move like a black faceless fog. Suddenly the brooding haze comes into focus with a fierce accuracy as the shape takes form into the face of a wretched old hag. His mouth opens in an attempt to call for help but no voice comes forth from his dry and raspy throat. The frightful entity floating above him suddenly moves downward with an unnatural speed landing on his chest. He can feel the intense pressure of her weight indicating that she is much more than a dream. As she comes into focus it appears that she is red in color and is no longer the black shadow from the prior moment. Suddenly and without warning the young man plunges into a deep unnatural sleep filled with frightful dreams and horrid visions. Friends and family enter his room and attempt to wake him without success. He is locked in his mind and unable to break free from this surreal experience. He tosses and turns in his dream state but his body remains stiff and unresponsive. Sweat pours from his brow while his torso bounces stiffly up and down on the bed. Then as quickly as it occurred, silence, his body relaxes and his eyes sticky with tears peel open to see the pale moonlight dancing from the beads of sweat upon his chest. He sits up and takes a deep and shaky breath as he opens his hands and stares at his palms as to ask himself, am I really here? He throws his legs off the side of the bed but thinks better than to try to stand as he now realizes that he is completely exhausted. Only legend has spoken her name, as his mind clears he now knows the truth. I have just been ridden by the Boo Hag!

In modern folklore this character exists by several different names. Most often these type of sleep paralysis cases are associated with “The Hag”. In this case the Boo Hag is similar but has a few other much more frightening characteristics. The Boo Hag of Gullah and Geechee tradition is said to be most closely related to what we would refer to as a psychic vampire. The Boo Hag is said to suck energy from your breath leaving you extremely tired and often exhausted. In addition to being a life force vampire the further descriptions of this entity are even more horrific. The Boo Hag is said to have no skin which is indicative of the red coloration mentioned in the story. It is said that they will often steal a victims skin and wear it like cloths until it wears out at which time they will be forced to find another unwilling replacement.

The act of being attacked by the Boo Hag is referred to in legend as being ridden by the hag. If the victim does not struggle the Boo Hag will often leave them alive so they can return to take their energy again in the future. However if the victim is strong and able to resist the magic of the Boo Hag they will steal the victims skin leaving them to suffer until death. It is said that the riding of the victim and the taking of the skin must be accomplished by dawn or the Boo Hag will be forever left skinless. This is just one of many traditional cultural tales from the mysterious Southeast United States, a haven for the strange and unusual.

Background image via Pixabay.com and main article image free use.