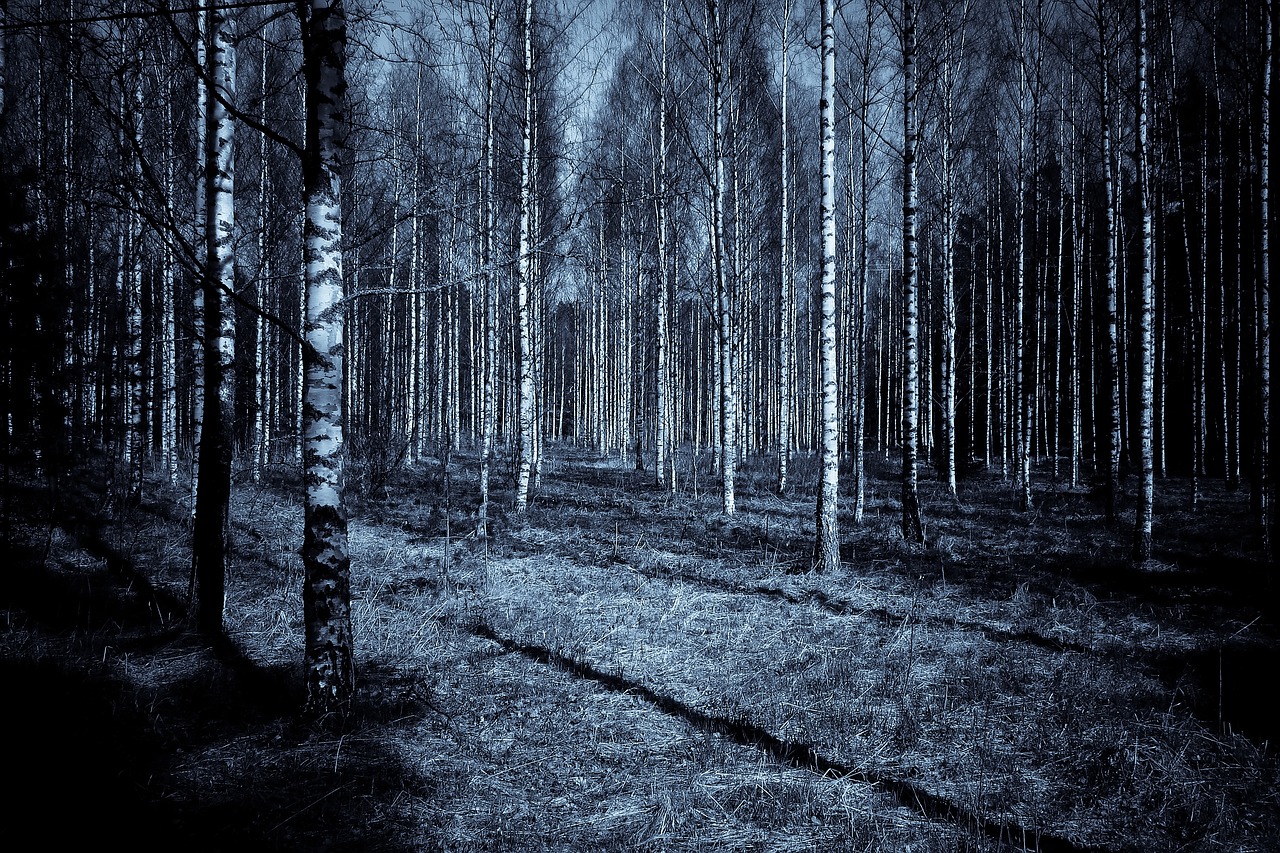 Most all devotees of the mysterious and unexplained will be, by this point, familiar with the story of Dyatlov Pass in Russia, where nine hikers died under mysterious – or not so mysterious, depending on the storyteller – circumstances in 1959. Nearly twenty years later,
an incident occurred in Butte County, California which is often called “American Dyatlov Pass.” While the physical injuries of the Russian victims were absent, the American case presents a set of similarly bizarre circumstances.

On February 24, 1978, five men from Yuba City, all basketball fans – Gary Mathias, Jack Huett, William Sterling, Ted Weiher and Jack Madruga – left a college game in Chico, 40 miles away, in Madruga’s car, a Mercury Montego. All five were to play in a league game on
the 25th . They all had mental issues of varying sorts and had met at a local support group. Ted Weiher’s mother woke that morning to notice her son hadn’t made it home. Quickly, the families of all five established that none of them had returned home from the previous night. The police launched an investigation, and although it took a few days, on February 28th they finally located the Montego.

On an isolated mountain road 30 miles away from Chico, near the town of Palmetto. The car was stuck and had been spinning its wheels, but was fully functional and could easily have been pushed to more stable ground. It had enough gas, and nothing untoward was found in the automobile. There was no sign of any of the missing men. But it was also March in the Sierra Nevada’s, and nothing much could be done in the way of investigation until the thaw came.

On June 4th , a group of motorcyclists discovered a body, which later proved to be that of Ted Weiher, in an unheated ranger cabin a mile or so from where the car was discovered. He was shoe-less, lying on a mattress with a makeshift shroud pulled over his body. Opened tin cans of military C-rations littered the floor of the cabin. Some had been opened with a military-issue can opener, and it was theorized that either Madruga or Mathias may have had this as both had served in the Army. Oddly, there was no sign that a fire had been built for warmth, although there were plenty of matches and flammable objects lying around. Later investigation proved that an exterior tank was full of propane, and had that been opened the cabin would have filled with heat.

There were other anomalies with Weiher’s body. He was shoe-less, as noted, but otherwise he was fully clothed. A table beside the bed on which he lay held some of his personal effects, as well as a wristwatch with the crystal missing which was confirmed to belong to
none of the five. Most investigators feel this watch may have been left there by a previous tenant of the cabin and likely had no relevance. Furthermore, Weiher had two to three months growth of beard on his face, had lost nearly a hundred pounds, was badly frostbitten,and had died of starvation. That’s right – he had starved while a locker in the room, locked but easily forced, was stocked with enough foodstuffs to keep all five men alive for a year.

Within a few weeks, the skeletal remains of Huett, Madruga, and Sterling were discovered in fairly close proximity to the trailer in which Weiher’s body lay.

So what did happen to these five men?

Although all were described as “retarded” in the original coverage of the story, their disabilities (in at least a few instances) weren’t quite that severe. Certainly both Ted Weiher and Jack Huett seem to have been pretty severely disabled; Jack Madruga seems to have been a bit “slow” but certainly not to the same extent. Gary Mathias, on the other hand, was schizophrenic rather than truly disabled. He was under a doctor’s care and had taken his medication on the day of the trip to Chico. Both Madruga and Mathias, after all, had been able to serve in the military and both were licensed drivers.

One oddity was noted in reference to the car itself. There were maps in the glove compartment, but all were present. This at least heavily implied that the men weren’t lost, as it would certainly be expected that if they had been, the maps would be out. Also, the heavily- built car had made it up the winding mountain road with no fresh dents or damage otherwise, implying a familiarity with the road. Except that none of the five were familiar with it… so was there another person in the car with them?

This is somewhat implied by the statements of one Joseph Shones, who had driven up the same road and gotten stuck. He was digging himself out, suffering a heart attack while doing so and getting back in his vehicle (as suspect as that sounds, it was apparently backed up by a doctor’s examination later). While waiting in the car, he heard “whistling” noises, and looking up saw a group of men and a woman with a baby in the light cast by another car some distance up the road (which, naturally, proved to be Madruga’s after further
investigation). He called out for assistance, whereupon the lights shut off and the noises ceased. It was later noted that Gary Mathias had longish hair, and it was theorized that Shones’ “woman with a baby” was none other than Mathias, possibly clutching something or
hugging himself against the cold. 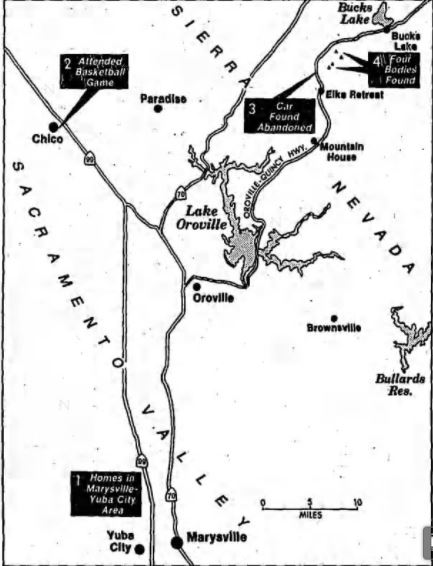 For all that it is described by many as an “American Dyatlov Pass,” the case, though bizarre on the surface, is most likely a fairly mundane one. Even when medicated, individuals with mental illness can still express their disorder under conditions of stress. Some have theorized that Mathias may have suffered a stress-induced schizophrenic episode, which might have caused the others to remove themselves from him out of fear. Possibly he distanced himself from them to avoid causing them harm.

In any case, it is generally assumed the other four made their way to the cabin and ate a meal there. Later, they left and met their fates in the woods nearby by whatever means. The condition of Weiher’s body is a bit problematic. Presumably, for some reason he stayed
behind in the cabin rather than leaving with the others. But why would he lie there slowly starving and freezing? Part of the explanation may lie in his disability; it was mentioned that he was reluctant to do anything without permission. Possibly a combination of this tendency and a lack of certain skills meant that Weiher simply wouldn’t have thought to look in the locker which contained additional provisions, or burnt the flammable objects around to keep himself warm. As I said, this bit still remains a mystery.

Although the remains of four of the five men have been recovered, Gary Mathias still remains missing. He may have come out of his hypothetical schizophrenic episode and is living somewhere under a new name. It is generally accepted, and far more likely, that his remains also lie somewhere in the area and are merely undiscovered.

Another theory is that some sort of nefarious goings-on were afoot, and that the men had picked up a hitch-hiker who in one way or another had commandeered the car. A more unlikely scenario in my opinion, but one which at least attempts to explain why they were on a lonely mountain road far from their intended destination. It was suggested by some that they merely got lost, but my assumption is that since the car was being driven by Jack Madruga, who as discussed earlier was “slow” but had at least the presence of mind to both be in the
Army and have a driver’s license, that’s a rather unlikely scenario as well. Notwithstanding that even if you had gotten lost, you’d certainly think once you found yourself in snowy mountains, you’d realize you took a wrong turn somewhere and backtracked.

The presence of the car in the Sierras, having meandered through mountain roads rather than taken a relatively straight route on the highway is, in my opinion, the most mysterious thing about this case. It’s one of those that seems utterly bizarre at first, and then as you look into the story, is far less mysterious than it at first appeared.

Andrew D. Gable is a researcher and writer living in Pennsylvania who’s been interested in the bizarre and weird for most of his life.  Other interests are history, true crime and folklore.

The Mythos of the Black Knight Satellite

The Mythos of the Black Knight Satellite