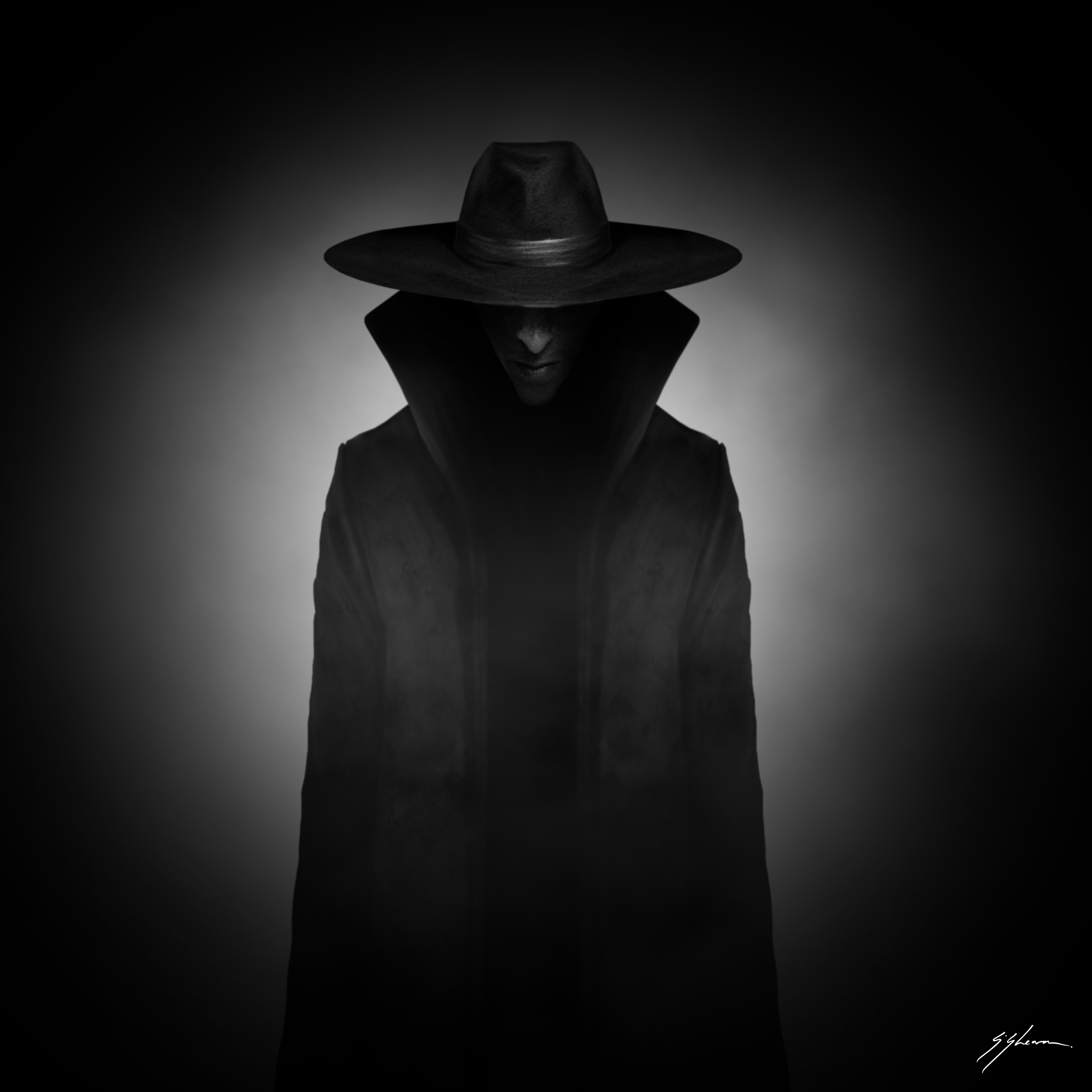 Christopher joins Shannon to talk about his encounters as a child in his Grandparents home, with what is commonly referred to as the Hatman.  The accoutrements of this Hatman were very distinct, but Christopher never saw his face. It was always looking at him from behind the wardrobe…

The Hat Man is a shadow person that has been reported all over the world. The entity is usually described as a tall shadow man dressed in a long black trench coat and wearing a wide brimmed hat or a fedora. He is distinctively male and witnesses say that he has no face or a shadowy blurred face.  Most shadow entities are usually seen for a moment or two before disappearing, but the Hat Man seems to be different often staying for a prolonged period of time and sometimes he even touches, chokes or assaults his victims.

Another aspect of the Hat Man that is eerie and more sinister than other shadow people is that the Hat Man is often associated with hostile environments, aggression and is sometimes an indicator that something evil will happen.

Also mentioned in this episode, is the website of Tim Brown and The Hatman Project. The pictures brought up that were submitted to Tim, can be seen HERE.

Check out Sam’s Patreon account where you can pledge at various levels…gaining access to his blog, raffles, exclusive signed prints available NOWHERE else and much more!