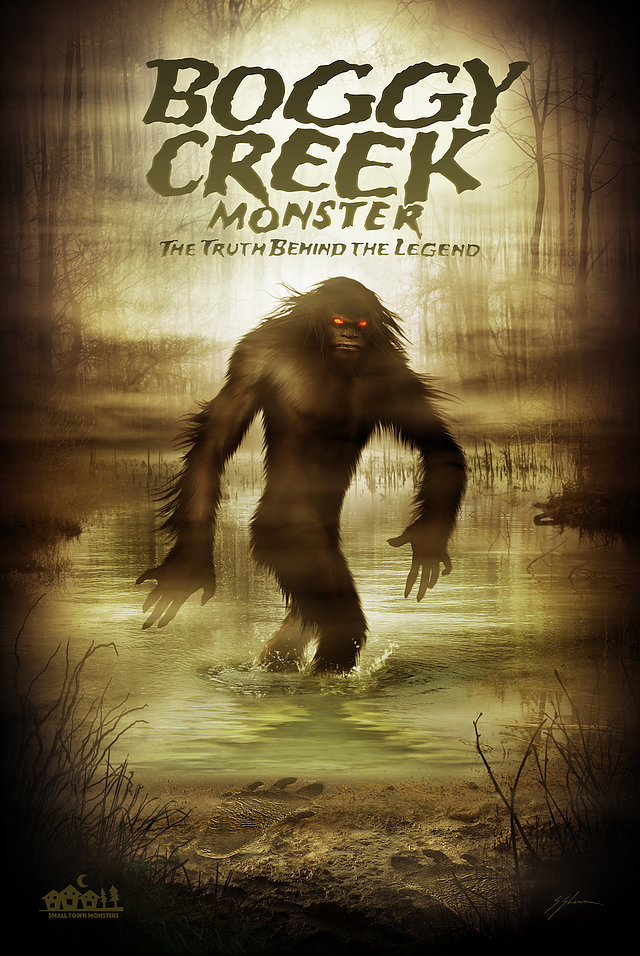 I speak to Seth Breedlove, Brandon Dalo and Mark Matzke on their upcoming film, Boggy Creek Monster.  Final edits are happening now, with an official release date of November 11th.  Small Town Montsers has already executed documentary’s on The Minerva Monster in Ohio, Beast of Whitehall in New York…and now they cover the legendary Bigfoot of Fouke, Arkansas.

We discuss the crews favorite locations and interviews, the editing and music composition process, stress on the crew including vehicles stuck, all members disagreeing at some point during filming and what projects may be next for them.

We also talk The Monster Mart,  recent sightings of the Fouke monster, and even vocalizations (that will be in the film) that not only had the skeptical Seth creeped out, but those that have heard them before confirming suspicions that it was at least one of the Sasquatch in the area. Go behind the scenes of Boggy Creek Monster.

Other films from Small Town Monsters:

If you’re in the area of Canton, Ohio…watch Boggy Creek Monster at The Canton Palace Theatre November 16th!

Find Lyle Blackburn HERE and read his fantastic book The Beast of Boggy Creek: The True Story of the Fouke Monster

Check out Sam’s new Patreon account where you can pledge at various levels…gaining access to his blog, raffles, exclusive signed prints available NOWHERE else and much more!

Would you like to write for iNTO THE FRAY’S Blog?  Click HERE and send me a 200 word sample post! Can be your own personal story (no sample needed, just send away!) or an investigative topic on any Fortean subject.