iTF 30: Ghost: The True Story of One Man’s Descent into Madness and Murder 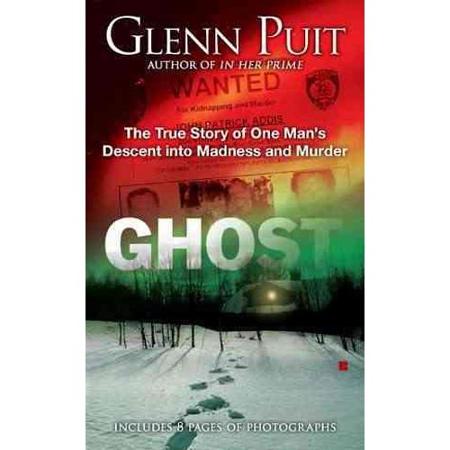 iTF touches once again on true crime and the evil that walks among us everyday.

Sgt. Jim McCann and John Addis worked together as detectives for the Alaska State Police in the 1970s, and at the time, he was married to his first wife, who later divorced him because of domestic abuse. The couple lived in a cabin in the remote woods that didn’t have running water or heat. Addis enjoyed hunting caribous in the Alaskan wilderness, but he was also a talented young detective with a mind for forensic science, and he was so gifted that he instructed law enforcement from all over Alaska in crime scene analysis. Then one day, Addis got into an argument with his wife, and she said she wanted to leave him, so she jumped out of their car. He soon began chasing her, but she was able to escape and soon was granted a divorce. After the divorce, Addis quickly re-married and his personality turned from bad to worse. He abandoned his wilderness lifestyle and became a middle class homemaker, and soon quit his job at the state patrol. Then, he abducted his four children from his first marriage and fled to Michigan, where he was involved in several robberies. He was eventually arrested and served one year in prison for parental child abduction. Over the next decade, he jumped parole in Alaska and went throughout the United States posing as a fitness instructor, screen writer, and novelist. He was a master at changing his identity, which helped him keep above the law.

I speak to Glenn Puit. The author of ‘Ghost: The True Story of One Man’s Descent into Madness and Murder.’  He is an investigative journalist and was a lead reporter for the Las Vegas Review-Journal for twelve years, where he covered violent crime and capital murder trials.

His first book ‘Witch: The True Story of Las Vegas’ Most Notorious Female Killer‘ is about the bizarre case of matriarchal Vegas killer Brookey Lee West.  ‘Fire in the Desert‘ is considered the evidentiary handbook for the Las Vegas homicide case of national bodybuilder Craig Titus and his fitness champion wife, Kelly Ryan. His third book, ‘Father of the Year‘ chronicles double killer Bill Rundle, who was convicted of murdering his wife and mother. His fourth work is ‘In Her Prime: The Murder of a Political Star‘ which covers the poisoning of Nevada politician Kathy Augustine.

Subscribe to iTF in iTunes and Stitcher, plus PlayerFM, JabberCasts, and Overcast.FM  Please leave us a review in iTunes if you have a moment!

Music for this episode of iTF provided with permission by: Tanek and Electus  and PurplePlanetMusic